Warning: array_key_exists() expects parameter 2 to be array, null given in theme_image_formatter() (line 605 of /home/bienesta/public_html/modules/image/image.field.inc).

Bive is a  social business, that facilitates and improves access to fast, high quality, and affordable health care.

We want to transform the way health services are oriented for low-income and vulnerable populations in Colombia. "we can all enjoy the highest level of health possible, regardless of our income level"

We are committed to our mission of improving access to healthcare in Colombia. We provide high quality healthcare to 19,000 Colombians. Additionally, Bive operates free social projects in health for hundreds of rural families in Colombia’s coffee region, where the largest gap in the national health system is evident

inspired by the business philosophy of the Nobel peace prize Prof. M. Yunus and the experience of the argentinian social entrepreneur Dr. Jorge Gronda through the Ser system (Ahora Humana) Diana Quintero and Jorge García founded Bive in 2012, seeking to develop an alternative to solve the health problem in Colombia from a sustainable approach.

Diana and Jorge met at the University through entrepreneurship and leadership groups. Diana, business administrator and passionate about social work, found in social business, how to apply the tools of the business area to the purpose of contributing to a more equitable society, developing social initiatives sustainable economically and over time, to ensure services of the best quality for those who need it most; For his part Jorge, found in Bive, the way to solve the problems confronted by doctors in the health sector ; experienced in his practice as a medical student.

In this way, after participating in a health innovation workshop led by Dr. Jorge Gronda, Diana and Jorge proposed him to develop a pilot of his initiative (Fundación Ser - Argentina) in Colombia, and together with Felipe Tibocha, consultant In social business, in 2011 they started a small-scale BIVE model in the municipality of Villamaria Caldas, allying themselves with a local medical center and launched a first prototype "Sistema Bienestar - Welfare System".

This experience was raised in a business model, which they presented in an international social business contest "Artemisa" of which they were winners and obtained a first seed capital, which allowed them to grow the pilot and develop a base market study to move from a business idea to a company and consolidate Bive in 2012 with the financial support of the social business investment fund Yunus Social Business Colombia and Ecopetrol.

In 2015 they created the Vive con Bienestar Foundation, with the aim of deepening the social impact of BIVE through the development of social projects in health; the first of them was Healthy Smiles through partnership with in the Swiss Philanthropy Fund LGT Impact Ventures.

Subsequently, the projects continued to focus on strengthening work with rural communities, thus developing Coffee Smiles and Vision Coffee, which are directed at the coffee grower community of Caldas and Risaralda region. At the present time, coffee growers represent 90% of BIVE users, thanks to alliances with agricultural associations and cooperatives of coffee farmers in the region.

During these years of social work, collaborators, volunteers, health providers, allies and support organizations have joined the fundamental purpose of BIVE that "We can all enjoy the highest level of health possible regardless of our income level."BIVE and its founders appreciate deeply the energy, heart, confidence and effort of all the people who have contributed to the growth of the organization. By 2020, Bive will be positioned at the national level as one of the best alternatives for accessing to health care services in Colombia. We are a company with a social sense which seeks to FACILITATE all the users the ACCESS to HEALTH services of the highest level in terms of QUALITY, EFFICIENCY and COST 95% of Colombians have health coverage through EPS or sisben, however, barriers to access and low quality of services persist, for example:

The above generates the worsening of preventable diseases, disability and even death.

With the purpose that we can all enjoy the highest level of health possible, since 2015, Bive - Fundación Vive con Bienestar- generates solutions to the problem of access to health services in Colombia, through two programs   The Bive Plan and Social Projects in Health.

With our social projects we have…

Our impact on the:

Our Acknowledgments and Memberships 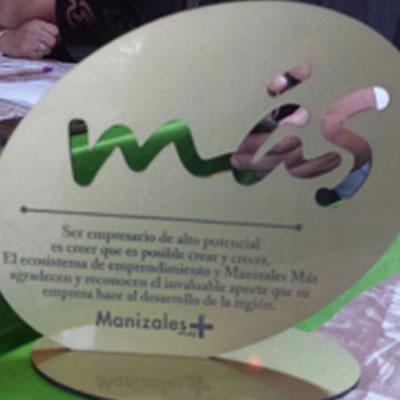 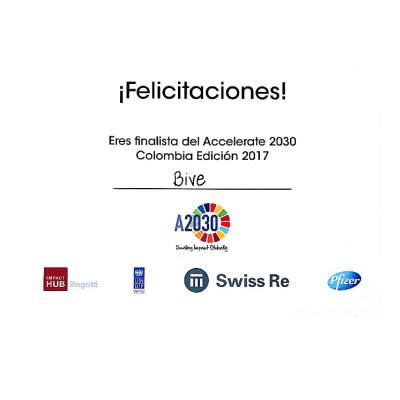 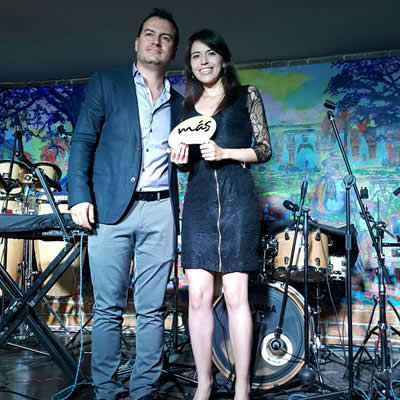 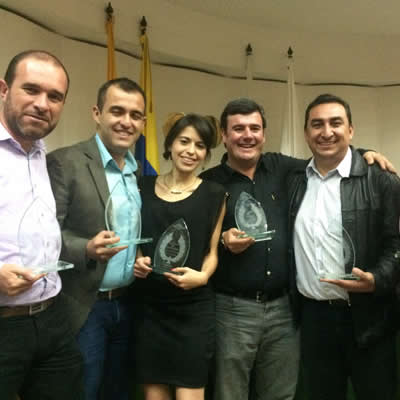 Jorge Alejandro is passionate about public health, social entrepreneurship and achieving equity in health. He is currently Bive's health advisor and consultant to the World Health Organization (WHO) in Europe in the area of universal health coverage and financial protection. Jorge Alejandro is a medical doctor, with a postgraduate diploma in business management and a Master in Health Policy, Planning and Financing from the London School of Hygiene and Tropical Medicine (LSHTM) and the London School of Economics and Political Science (LSE). Business Administrator and specialist in corporate finances with experience in national and international cooperation, formulation of social projects and business management. She has worked as a volunteer with diverse organizations that promote the philosophy of social businesses of the Nobel Peace Prize winner, M. Yunus, and as a consultant on the development of social business models for NGOs. She has also facilitated national and international events on social ventures and innovation in healthcare. Currently, Diana is a LGTVP Fellow and works as a community health specialist for mothers2mothers in Malawi (Africa), and NGO that empowers women living with HIV as community health workers to prevent the transmission of HIV from parent to child. Diana has been selected by Rotary International, a program oriented to training social leaders in the field of peace, and development as one of their scholarship recipients and she will study her Masters in International Development Policy at Duke University in the United States. Economist, more than 15 years of experience in international cooperation and social business.

Business Administrator from the National University of Colombia. Master in Project Design and Direction, ontological coach, specialist in Market Management. With 18 years of professional experience.

Lawyer from the Los Andes University. Master in international law and dispute resolution from the United Nations University for peace and Master with honors (LL.M with honors) in global health law from Georgetown University. We provide access to high-quality, low-cost health, and efficient health care services to more than 19,000 Colombians (appointments are given in less than 7 days) through an alternative and financially sustainable system. 94% of those participating are from low income rural populations. We contribute to increasing the income of vulnerable populations through decreasing their unproductive days due to sickness. We facilitate the prevention and early diagnosis of HPV and other sexually transmitted diseases in rural women and we promote sexual health and reproductive rights education for youth.

We empower and train rural women as community health leaders. We promote social inclusion of all through guaranteeing the equal access to high quality health care services.